Do we need a bigger defence force? 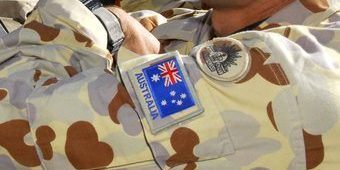 It’s for this reason that the cornerstone of investment in the ADF should be based on ensuring that it is self-reliant and capable of defeating any credible threat to Australia’s geographic security as well as insuring regional stability.

Australia’s defence should be based on three critical elements: being Australian, being a credible defence to Australia, and having a strong forceful capability. In order to develop an effective, robust and resilient ADF, we must recognise how these three elements support the other.

Being Australian is not simply about having Australian front-line personnel; it’s about the whole supply chain. It’s the idea that the boots the military marches on and the food that it eats are produced in Australia by Australian firms which recognise their contribution to Australia’s defense force by providing a quality product.

It’s the idea that the ships we sail, the vehicles we drive and the guns we fire are produced in Australia and only in exceptional circumstances are built overseas with Australian components – such as fighter aircraft.

A credible Defence to Australia

Determining the credibility of Australia’s defence ability should be done from an exterior perspective. While how we communicate our defence capability has psychological influence to potential foes, the credibility is more based on hard fact – on its actual capability. This is heavily linked with operational equipment, the ability to procure through an Australian reliable supply chain, advanced training of personnel, and appropriate geographical positioning of our forces.

The forceful aspect of our military enables us to offer deterrence from any potential adversaries. The pointy end can be expressed through the quantity and quality of our ‘blue water’ navy, our fighter aircraft, coupled with our AEW&Cs and aerial refuelling capability, as well as the interoperability of our army with the other two branches of our defence force.

Although on paper Australia has a strong forceful capability, the capacity has been neglected by successive Governments, leaving submarines to be unreliable, the bulk of our fighter aircraft to be out-dated and our forces not being remunerably supported as they should be

The ADF currently needs the Government’s support to address all three elements of what makes up our supposed military middle power status.

This can only be done by ensuring as a minimum, that the defence budget is kept at 2% of GDP, not including those costs required when on operations overseas. This forms the foundation of the DLP’s defence policy, which you can read by clicking this link.

We need to bring forward vital procurement projects. In my opinion, this means projects such as constructing of 12 new conventional submarines and purchasing three squadrons of the F-22 to operate in conjunction with 100 F-35s beyond 2020.

Self-reliance is good for Australia, it is good for our allies and it is good for the region. For other countries to know that Australia has the capability and the credibility to alone hold its own and support the region in times of need will provide a certainty and bedrock for other nations to peg their own concerns about the balance of power in our region.

Australia must value its existing military alliances, but must not sell out the defence of Australia to the United States, as this will simply be seen in the region as a power imbalance and provide potential adversaries with reason to believe that Australia’s motives are not peaceful.