While the DLP has been prevented from running its own candidates in the 2022 federal election, we are still putting out how-to-vote cards for the senate and are supporting the re-election of Senator Eric Abetz in Tasmania by encouraging our supporters to vote for him below the line on the senate ballot.

A well-known Christian conservative and former Howard government Minister, Senator Abetz has been pushed down to the difficult to win position three on the Liberal ticket by the left-wing faction of his own party.

DLP volunteers will be handing out our how-to-vote cards displayed below at pre-poll centres prior to election day and on polling day in Hobart.

DLP members and supporters in Tasmania, please let your friends and relatives know and encourage them to support Senator Abetz with a below the line senate vote! 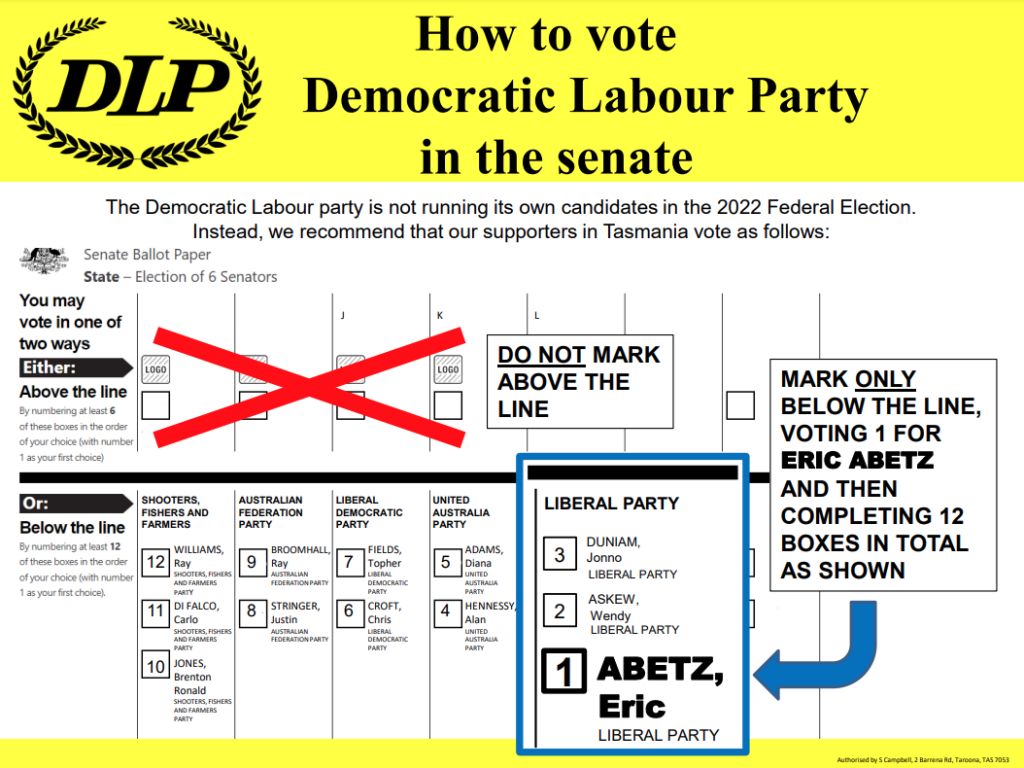