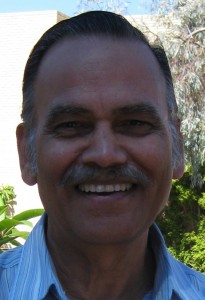 The DLP will be contesting the WA Senate election on Saturday 5th April.

The DLP’s Lead Senate Candidate is Adrian Good, who is currently an engineer after serving for 22 years in the Royal Australian Air Force. He understands what it means to serve and he will bring this quality to the Senate.

Mr Good is passionate about what is best for Australia, not foreign competitors, and the best interests of all who live in this great country, not an elite few.

Mr Good stands by the DLP demand for restrictions on the foreign ownership of our land, our housing and our industries.

He will support Victorian DLP Senator John Madigan’s legislation for Fair Trade rather than Free Trade, by reining in the rampant Free Trade Agreements that are destroying our manufacturing, wiping out jobs and wrecking our economy.

Together with Victorian DLP Senator John Madigan, Mr Good would share the balance of power. These two senators will use that power the way it should be used: to keep our government accountable, to review every piece of legislation fairly and to make sure that every Australian continues to have a voice in their Senate. They will represent the Families, Workers and Communities who are ignored by the major parties.

The WA Senate Election is hotly contested, with over thirty minor parties vying for one of the six seats up for grabs. This Senate-only election takes place following the 1,370 WA Senate ballot papers that went missing in last year’s federal election, making it impossible to determine who won the final two tightly-contested seats.

The DLP is group ‘AB’ on the senate ballot paper, positioned near the right-hand end.

If you have any queries, please contact Campaign Manager Steve Campbell on 0438 650 776 or send an email to wasec@dlp.org.au