You are here:
2016 Federal Election 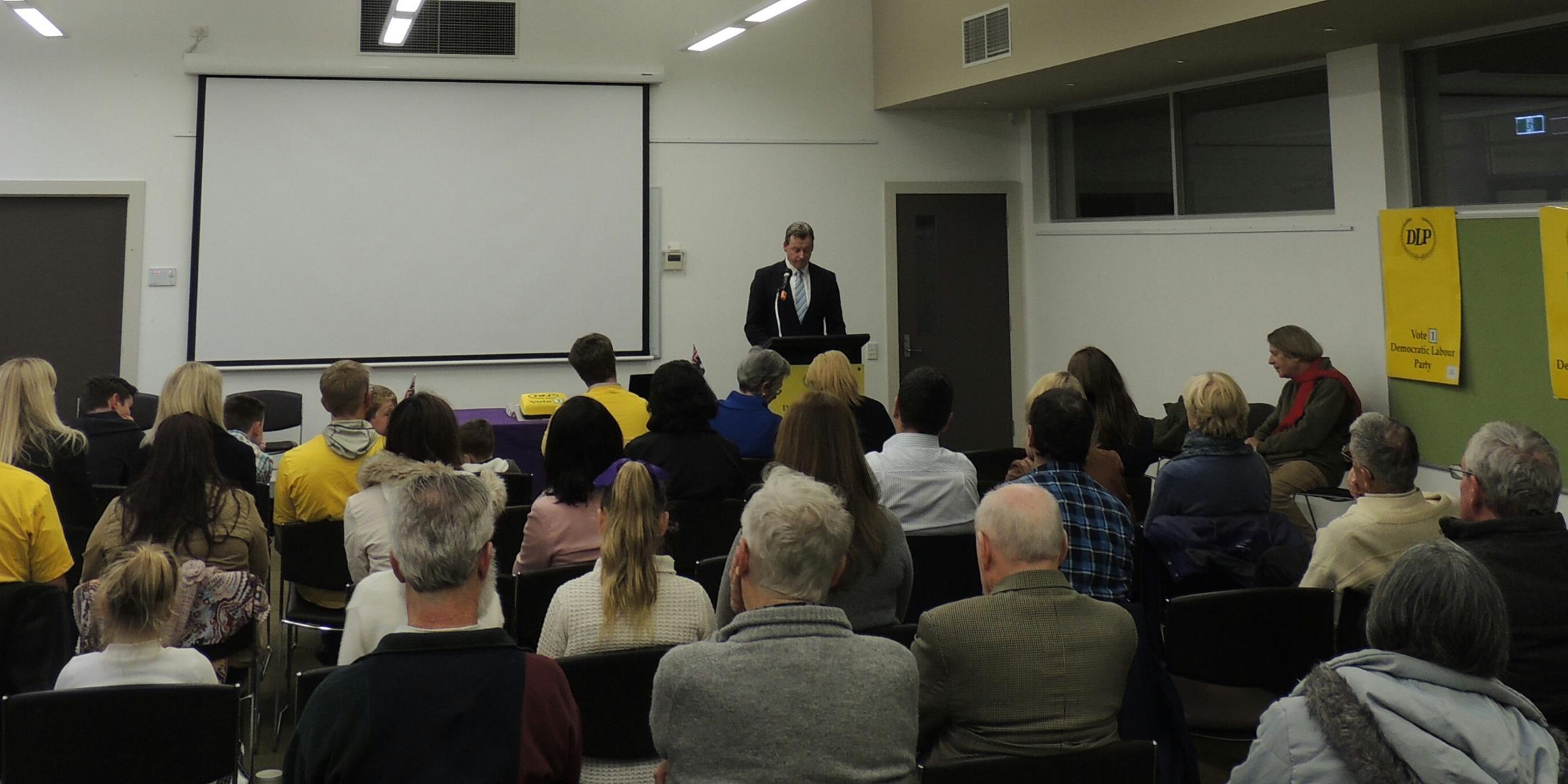 The DLP has launched its Victorian federal election campaign in Melbourne, with members and supporters coming from all over greater Melbourne as well as regional areas such as Ballarat and Warrnambool.

In addition to the members present, a substantial number at the event were new to the DLP, emphasising the growing support for the DLP from those disillusioned with the major parties who have abandoned their traditional values and voter base.

Some of the DLP election policies being promoted in Victoria include: