You are here:
Marriage 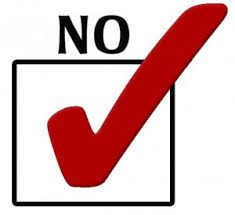 Australians are fair and reasonable people. We may disagree with each other on many issues but we never stop those we disagree with from having their say. While the DLP does not agree with same sex marriage we believe those who do believe in it are entitled to have their say. That is a basic principle of our democratic society. Anyone abusing or threatening another because they hold a different view are neither a fair minded or democratic Australian.

The following are just a few of the numerous articles on the Marriage debate that can be found on the internet. Despite the accusations from many of the same sex marriage advocates that they will be the victims of abuse and harassment during any public debate or vote on marriage it appears obvious that it is those who defend traditional marriage who are the ones being abused, harassed and threatened.

We encourage all Australians to have their say and to allow others the same right and privilege. Should the High Court approve the validity of the coming mail-out on same sex marriage we urge everyone to be involved, have their say in the future of our country and the structure of our society by competing the questionnaire and returning it promptly.

The DLP encourages all Australians to vote ‘NO’.

Recent Articles in the Marriage Debate

‘Nobody wants to hear about the other side of the ‘rainbow’

Australian woman conceived by spem donor, raised by two lesbian mums reveals how unhappy she was not to have a father.

Dr Pansy Lai, who appears in the ad, has received abuse and threats and is the focus of a campaign to have her deregistered for appearing in the ad. Others in the advertisement have reported being abused and threatened for taking a stance in defence of marriage,