You are here:
EducationNews 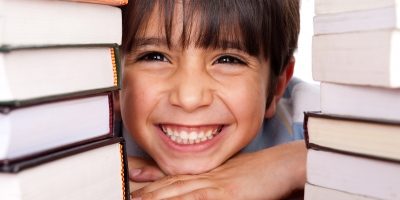 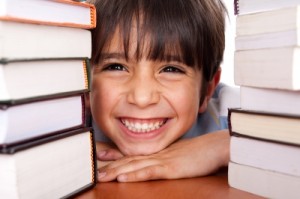 Courtesy of photostock at FreeDigitalPhotos.net

Thanks to the efforts of hundreds of people who emailed, called and visited their Victorian State MPs about the dangers facing non-government schools under the proposed Education and Training Reform Amendment (Funding of Non-Government Schools) Bill, the DLP has achieved an important success in the Victorian Parliament.

Following intense negotiations between the Education Minister James Merlino and DLP upper house MP Dr Rachel Carling-Jenkins, on Thursday 26 February the Victorian Government agreed to abide by all the major principles put forward including the two crucial points listed below.

1. Membership of the School Policy and Funding Advisory Council:
The Bill provided that the Education Minister would appoint a representative of each of the Catholic Education Commission (CEC) and of Independent Schools Victoria (ISV), as a member of the Advisory Council. This would have been done without the CEC or ISV nominating their own representative. On Thursday, Dr Carling-Jenkins was able to negotiate the following result:

The Minister agreed to engage with Dr Carling-Jenkins and to consult and negotiate with ISV and CEC on the Terms of Reference for the new Advisory Council. The Minister further agreed that the representatives of ISV and CEC are to be nominated by those organisations. This was a key issue raised in the email campaign and one that the Government has now recognised completely.

2. Conditions of Funding:
Under the Bill, the Minister would have been able to impose whatever conditions on funding he decided were ‘reasonable conditions’. There was no definition of what was to be considered ‘reasonable’; this could have led to schools having their funding removed if they refused to accept a condition that compromised their principles.

After lengthy negotiations with the Minister and others regarding this extremely important section, the following result was achieved.

On Thursday 26 February, Minister Steven Herbert, on behalf of the Government and the Education Minister, made the following statement in Parliament:

The Government will consult with Independent Schools Victoria and the Catholic Education Commission before imposing any conditions on funding. This consultation would occur through the Advisory Council. This consultation will specifically raise the issue of reasonable conditions and will confirm that the Government’s intention is not to impose any conditions that would intentionally oppose any of the fundamental principles, objectives or governing laws of the non-government schools under consideration for funding or their parent organisations.

To ensure everyone was aware that the matter had been negotiated successfully and that there was no ambiguity as to what the Government had agreed to, Minister Herbert repeated a second time that:

The Government will consult with Independent Schools Victoria and the Catholic Education Commission before imposing any conditions on funding. This consultation will occur through the Advisory Council and will specifically raise the issue of reasonable conditions and confirm that the Government’s intention is not to impose any conditions that would intentionally oppose any of the fundamental principles, objectives or governing laws of the non-government schools under consideration for funding or their parent organisations.

With this statement, the hundreds of individuals, schools and organisations who emailed Victorian MPs relentlessly can take heart that their efforts have not been in vain. This campaign by the parents, teachers and others associated with ISV and CEC schools and by ordinary Victorians from all walks of life has borne great fruit. It shows what can be achieved when determined Australians make a stand in support of their principles.

In her speech to Parliament, Dr Carling-Jenkins read out a number of the emails that had been received by MPs. The email campaign impressed all MPs with its fervour and tenacity.

Rachel would like to express her sincere thanks to all who emailed, rang and visited their MPs in support of her amendments. She congratulates and sends her best wishes to all for their wonderful efforts:

“I would like to thank you personally for your show of support and for not being afraid to make your position known to the Members of the Victorian State Parliament. It often takes courage to stand up for your principles and to protect the rights and welfare of others and you can be proud to say you did that.”