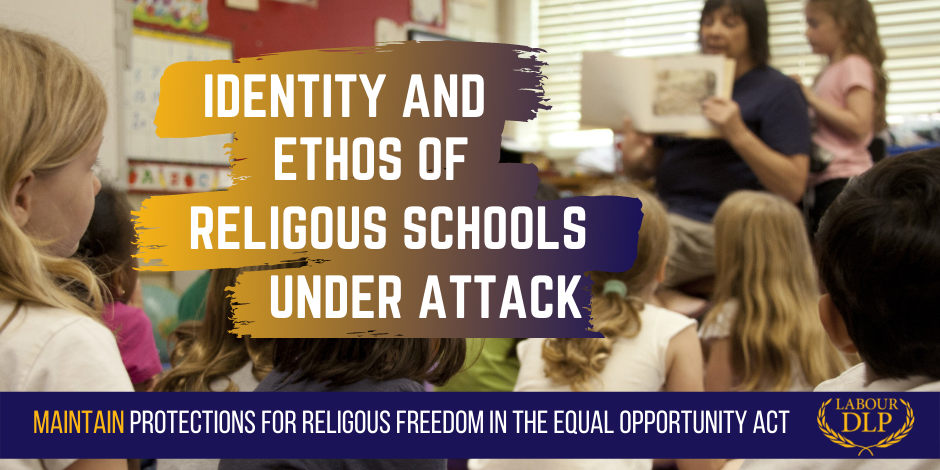 In the midst of a State of Emergency and lockdown, the Australian Labor Party in Victoria is targeting the rights of religious schools and institutions to exercise the same rights as political parties – that is, to employ staff who share their ethos.

Everyone expects political parties to refuse to hire staff who are members of other parties, or to fire staff who do not share their beliefs.  It’s not a surprise to hear – in Tuesday’s Victorian Corruption watchdog hearing – a Victorian apolitical parliamentary staffer mentioned that she became an ALP member to hold certain roles. There is nothing wrong with that.

Yet, the Victorian Attorney-General, Jaclyn Symes, is anticipated to introduce an “Equal Opportunity Amendment (Religious Exceptions) Bill 2021” in the next few parliamentary sitting weeks,  to amend crucial religious freedom protections in the Equal Opportunity Act  (EOA).

Furthermore, apart from the hypocrisy, this is also in breach of the right to religious freedom enshrined in the International Covenant on Civil and Political Rights (ICCPR).

There is an online petition which outlines more about the dangers of the Attorney-General’s proposed changes. Please read and sign:

The Victorian Branch of the DLP also recommends that you write to your local member and to the Attorney-General, Jaclyn Symes, asking that the religious exemptions in the Equal Opportunity Act – to protect religious institutions and schools – be maintained.