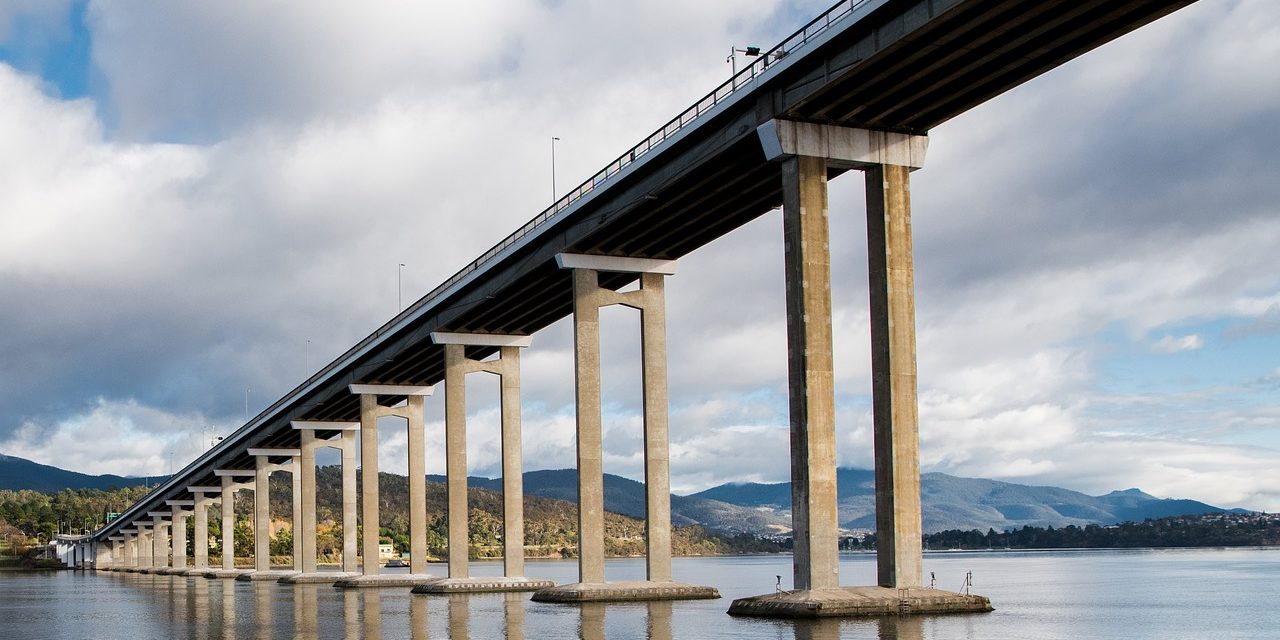 Tasmanian State Secretary Wayne Williams is leading the DLP’s call for a major increase in Federal funding of infrastructure in Tasmania. Projects as varied as the acquisition of a floating dock to repair and maintain ships, to the construction of a new bridge across the Derwent River, would be a massive boost to the local economy and provide much needed jobs over the next decade and beyond.

Wayne insists that Tasmania has demonstrated expertise in shipbuilding, particularly with its parent company International Catamarans and with its links to the US Shipbuilding company Bollinger. That expertise has resulted in contracts with US Defence Department, numerous overseas contracts and on the home front the building of Sydney ferries by Incat.

There are definite benefits to the Tasmanian and national economies if the Australian Defence Department could allocate the building of patrol vessels and minesweepers to Tasmania. It is also important that at this time of regional tensions some of those vessels could also be constructed and given to our neighbours in the South Pacific.

Despite its size and smaller population, Hobart remains the fourth most-congested city in Australia. The Derwent River is an excellent waterway for the use of ferries to bring commuters to their place of work and to alleviate congestion on the roads. The construction of catamaran ferries in Tasmania along with new ferry terminals and carparks would alleviate much of the congestion on local roads.

New Bridge across the Derwent

The Tasman Bridge linking both sides of the Derwent and Hobart has reached its half lifespan. The problem with the construction of the bridge has been the enormous depths needed to secure firm footings and the fact that the main navigation span through which ships pass gave very little room for error.

In January 1975, the ship ‘Lake Illawarra’ hit the concrete pylons of the bridge causing it to collapse with the loss of 12 lives. Tidal currents caused the ship to be off course and despite attempts to correct it, the collision sent huge sections of the bridge onto the deck and sinking the ship.

There seems no logical reason why long term planning has not included the plans for a second bridge.

The Tasmanian branch of the DLP wants to see the construction of another bridge commence as soon as possible. The new bridge should be a suspension bridge located at the two closest points of the river, from the Royal Hobart Regatta Ground to Rosny Point, a distance of approximately 1km. It would certainly benefit the rapidly expanding suburbs on the eastern side of the Derwent.